A long-time staple among local amateur competitions within the US, the golf skin game finally reached international prominence back in 1983 with a televised match between golfing legends Arnold Palmer, Gary Player, Jack Nicklaus, and Tom Watson. The TGA Skins Tour lasted for nearly three decades, with the last being held in 2008. One of the most illustrious skins player has been Fred Couple, who won an astonishing $4,405,000 and 77 skins in just 11 appearances. 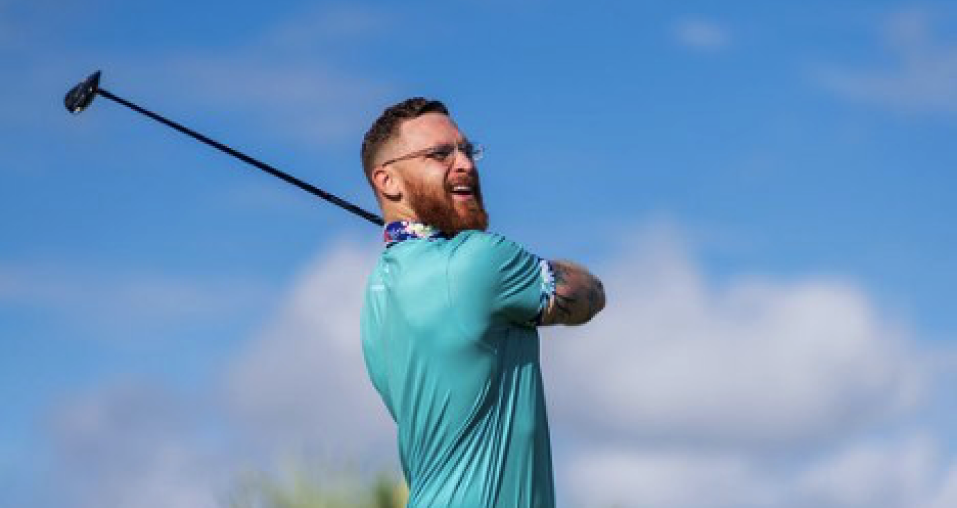 Because of its competitive nature, unpredictability, and thrill, a game of skins tends to be highly popular with both spectators and golfers alike. It is one of those rare specimens of golf games where experienced or novice players can compete with each other on more of an equal footing.

In this short guide, we’ll instruct you on how to play skins, introduce popular variation in golf skins format as well as share other important bits of info.

2. How to Play Skins

Why Is It Called Skins?

The exact details on the origin of the name remain obscure. Many believe that name of this game type stemmed from the traditional prize handed to winners – a money bag made with up of animal skin. However, others say that it arose from an old slang term for a one-dollar bill. According to an old legend, the name originated from American furriers who arrived in Scotland and took to the golf links and gambled the rounds with their pelts (animal skins).

It is interesting to know that in the past, the game was known by many popular regional names such as cats, scats, skats, and syndicates. However, it was ‘skins’ that stuck and was adopted as its official name. The reason behind it is unknown but perhaps the most likely explanation is that it was probably the most familiar term for the game among the PGA tour organizers.

How to Play Skins

Skins is a type of match play, usually featuring 3 or 4 players. What’s so appealing about the game is its uncomplicated scoring rules, which nonetheless, still manages to make the gameplay dynamic. In many modern versions of the game, players tend to compete just for the points, rather than actual money.

It allows golfers to still play their own balls while competing with the other members of the foursome. Some commenters may say that skin games are all about birdies. For the uninitiated, a ‘birdie’ is a golf term for a score of 1-under par on any individual golf hole. ‘Par’, in turn, implies the expected number of strokes it should take an experienced golfer to complete a hole.

However, this is unlikely to be the case for the casual skins match. Winning is simple, score lower than anybody on any given hole and you win the hole. If no one is an expert golfer, aiming for birdies may not be as relevant.

Typically, a coin may be tossed to determined who tees off first. Progressing through the game, the value (points or sum of money) will also tend to increase, raising the stakes as you advance. To illustrate with an example, take skin with a total value of 1000 points with 25 on each of holes 1-6; 50 for holes 712; 70 for hole 13-17 and 200 on the final hole

In any turn, if a player wins a hole outright, they are declared the winner. However, if no one does, the value of it is added to the next one. All players are able to compete on each hole, regardless of their results in the previous one, excluding a sudden death. It is because of this that deciding a clear winner can be tricky until the very end of the game.

If no skin has been won on the 18th green, the game experiences a sudden death. The rules for it are slightly different from a conventional golf game. Within the golf skins format, while an outright win still counts as a winning the skins, in case of a tie for the lowest value, only those players who have tied for the win continue on to the next hole.

Because anyone, regardless of skill level, can still make out like a bandit with a lucky shot or two in the game, there normally tend to be handicap indexes are not considered for skin matches.

At the amateur level, the application of handicaps within a skin match is completely up to the players’ discretion. Usually, if the players all feature similar skill levels, the game can be played at scratch. However, if there's a wide range of talent in the group, full handicaps are more appropriate.

Being a long-time amateur sport, skins had come to encompass a number of different localized variations. Some of the most well-known types are introduced below.

This is a type of skins game in which instead of simply pocketing the victory prize for each hole, you can instead choose to back it up. This doubles the prize amount for the next skin should you win it. However, if any other player wins the hole, they just receive the total original value of the two holes. If no one wins the second hole, only the original value of each skin gets rolled over to the next hole.

In a whole round, players put their money in a pot and continue playing through the whole session. Each time a player has the lowest score for the round, they earn a skin. After the game’s finish, the pot money is divided up by the number of skins earned.

Some skins games may incorporate more than four players, up to a dozen. The rules for this variation are similar except that holes tied by two or more players are not carried over to the next hole. Doing so, would obviously, complicate the otherwise simple game. In some cases, a 4+ match could be played as a regular skin game with a dedicated golf app being used to easily calculate the score.

In this skin variation, when a hole ends in a tie, the value of the skin is not moved over to the next hole. Instead, the value remains unclaimed.

In validation, when a player wins a skin, they must validate that win by making the lowest score on the next hole (ties permitted). Failure to validate that skins result in the value getting “stolen” by the player with the lowest score on that hole. However, now the pressure would be on that golfer to win the following hole in order to earn both the stolen skin and the skin for the hole. This cycle continues all the way to the 18th green, resulting in a highly intense match.

Simple, intense, and exciting; if you like the uncomplicated side of golfing, skins is the way to go. Each round brings a roller-coaster of emotions. Score a 25-foot birdie in one and you will feel like you’re on top of the world, but then watch the next player perform an 18-foot birdie and the feeling changes to an awful sting in your gut. But you let the feelings slide away, there is the next hole and a new opportunity to shift the tide. Skins is a game of renewal and hope, of putting aside all the unnecessary thoughts and aiming for that one perfect shot that that helps you bring home the bag.

To enhance the experience in your round of skins or any other golf game, be sure to download our dedicated golf app – BEEZER GOLF. This free tool has everything you need to ensure a more hassle-free golf session. Focus your attention on the sport, not any external worries.