Among the most popular golf betting games nowadays is Wolf. It is a favorite game of many golfing legends such as Chi Chi Rodriguez. Compared to other golf game variants, a wolf play can be relatively a bit more difficult to properly get the hang of. The game is more complex, with a lot more rules attached to it than your standard conventional golf game. For many golfers new to the game or those having just heard of it and wanting to learn more about it, here is the complete guide on a wolf golf match. 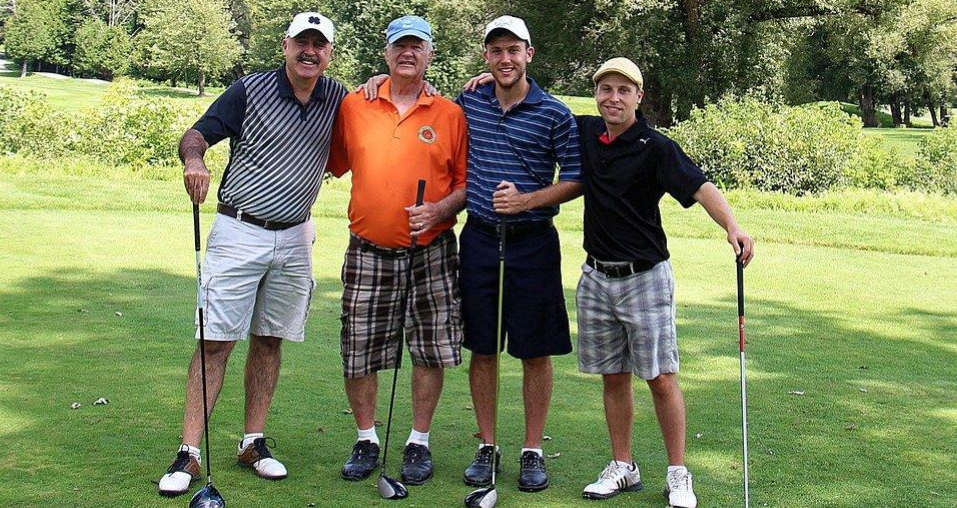 a. How to Play Wolf Golf?

How to Play Wolf Golf?

Wolf is a social golf game, typically played in a foursome match setting. The main objective of wolf golf is similar to most other golf types – accumulating the highest number of points. Wolf is normally played with full handicaps.

Before the start of the round, an order is established as to who would be player one, player two, and so on. You can approach the process of ordering anyway you like. For instance, you can do a coin toss or play rock, paper, scissors. Or, you could order the setup based on experience, with the newest player being the first, the slightly more experienced the second and so on.

At the start of each hole, player one is designated the wolf and is the last to tee off (in some Wolf formats, the wolf may be the first to tee off). While playing, they must either choose to ‘hunt’ alone against his other three opponents or in partnership with one of them. The decision can be made at various times in the session. What decision has been made, and its timing determines the stakes involved for the hole.

Playing as a Lone Wolf

If the player decides to play lone wolf before the tee shot, then the bets on that hole are quadrupled. If they go lone wolf after their drive, but before that of the other players, the bets are tripled. Finally, if they make the choice of playing it alone after every player has played their drive, the bets are only doubled.

Playing as a Pack

If the wolf player decides to hunt in a pack, teaming up with another player, they can only choose those who have played their drive but before the next drive is taken.

In wolf golf, the hole is won by the individual or team with the lowest ball score. For the next hole, the formation is rotated so that the player two gets to play first and is designated the wolf with the same option. The order gets rotated for each hole so that each player gets to play the wolf in turn.

However, in the case of holes 17 and 18, since there have been four complete rotations by then in a normal 4-player setup, it is often regarded as good sportsmanship to grant the player with the least points to be designated the wolf. Of course, who gets be on the wolf on these two holes is largely up to the players. It could well be given to the player with the highest point on the previous hole.

As already mentioned earlier, the main objective of wolf golf is the highest accumulating points. In a conventional 4-player standard wolf game setup, the points are awarded as followed.

Lowest score on play with partner = 2 Points for each partner

If all players tie on hole = 0 Points

In this popular variation of the wolf golf, the player who is designated the wolf has to make the decision of playing it alone or with a partner before any of the other players have played their drive. This ups the risk of playing wolf, but the reward points are also increased to compensate accordingly.

What Can Be Wagered at a Wolf Game?

Whatever you want! As long as it is legal, that is. The main point of any golf game is experience and enjoyment. The prize for winning a wolf game could be money, lunch at the club, a little trophy, or just simply bragging rights.

Why is it Called ‘Wolf’?

As with many other golf game variants, the origins behind their names have been lost to history. Depending on the locality, Wolf golf also goes by plenty of other names such as Ship, Captain & Crew, Boss, and Manager. Likely, the reason why it is popularly called wolf is because that’s what got popularized when such golf games were first televised.

Can You Play Wolf with 3 Golfers?

Absolutely. Wolf may be complicated but is also a very flexible game. The 4-player match is just the standard set. You can play anywhere from 3 to even 18 players in a game of wolf. Although, playing on the higher end would certainly make awarding points a lot more complicated.

Why is Lower Ball Score Better?

People who are completely unfamiliar with golf often find it confusing that a lower score is better. The score is better because it is not based on how many shots a person takes before landing the ball in the hole. So, for example, if you took just four shots to land your ball in the hole while every other player took more shot, you have a lower ball score and hence, performed better.

Is There an Easier Way to Keep Track of the Score?

Many golf games, especially wolf, can have a relatively complex score system that mentally one can find it hard to keep up with. Writing them down manually on a notepad isn’t exactly a much better option, either due to the time it consumes. Rather, for greater convenience, flexibility and time-saving, a dedicated golf app can be quite useful.

Among the best on the market is BEEZER GOLF, providing the means to keep up with the scores and easily share them with others for a game of up to 20 players. It addition, it also provides other useful features such as bet balance tracker, round timer, and golf rangefinder.

A game of wolf is not as about ability as much as about brainpower and emotional equilibrium. To win, you have to keep a calm mind, being able to properly assess your options before you make your decision.

Approach brashly, expecting a high reward, and you could completely ruin your chances of winning even before the round is midway towards the end. Focus on the bigger perspective, lower points on one hole are acceptable if they align with your strategy of just having enough to have the sum higher than the rest by the end of the 18th green.

We hope you found the article not only informative but also entertaining to read. Be sure to share it with other golf enthusiasts who would also find it to be a worthwhile read. Be sure to also click below and download our app – BEEZER GOLF – to take your golfing experience to the next level.