Golf is among the oldest and most prestigious of outdoor sports. This is a game that challenges a person’s mental faculty as much as their skill. It is a game that is both simple and complicated, easy to get into but impossible to master, recreation for the soul, and frustration for the intellect, as much a form of recreation and as much a type of maddening labor. 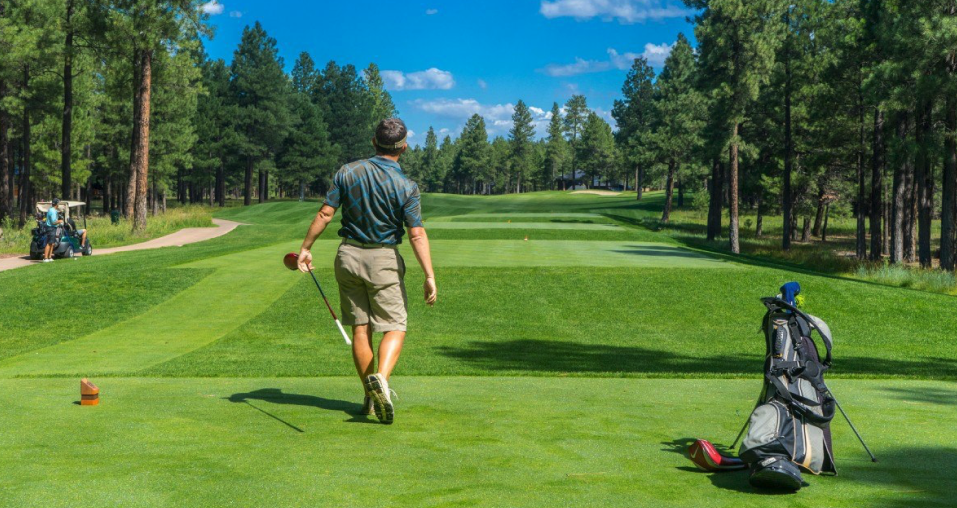 It is also a game that is incredibly diverse, with virtually countless variations with which you can play it. Among the most commonly used scoring systems used are match play and stroke play. Of the two, stroke play is the older and more well-known system. In this article, we will be exploring 3 popular stroke play formats as well as instruct you on how to play them. Let’s begin with our reading. 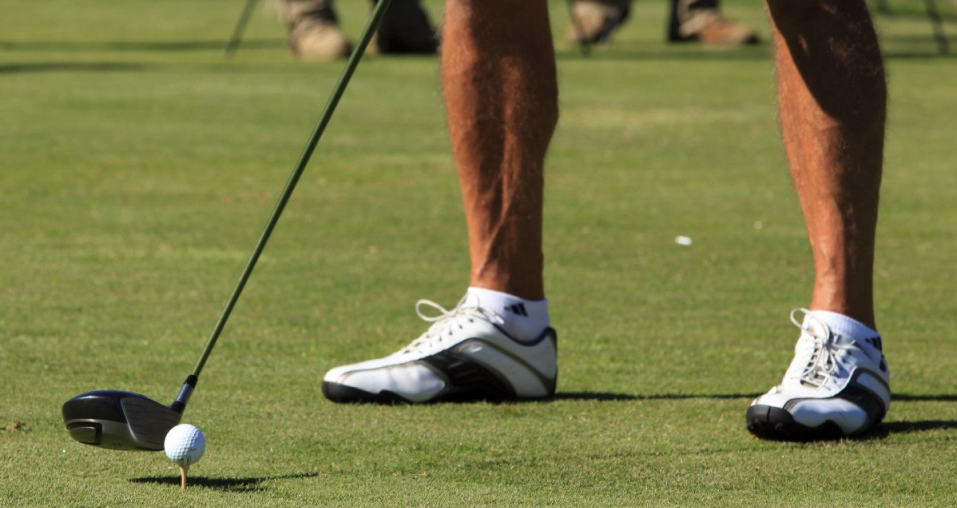 When most ordinary people picture golf, this is the type of game they imagine. Among the most traditional and popular methods of playing golf, medal play is often largely attributed as being synonymous with stroke play. It involves seeing individual golfers being pitted against one other in an attempt to see which player can finish the round with the least amount of score (number of shots it takes to land a ball within each hole).

In a standard medal play match, you must sink every one of your putts, no matter how long it may take, and are not allowed to claim any gimmies (shots that are automatically counted without being played). As such, a formal game of medal play composing of four players can easily take up an entire day or more.

The main appeal of medal play and the reason why it is popular at PGA tours (The Masters, The Open, and the PGA Championship are all competed in this format) is that it allows players to fully compare their entire skill set with that of others through the round. Because every shot matters, and there is often little room for any mistakes, the game is often seen as quite intimidating, and thus, reserved for serious gameplay.

Handicaps can be applied to the game, and the final victor is decided by deducting the player’s handicap score from that of their total after the round is concluded.

In high-level amateur match play events, medal play is often played in the prerequisite qualifying round(s) before the start of the real tournament. In a standard setup, only the top half of the players advance into the match playing bracket. Usually, to the top qualifier(s), medals may be awarded. And this practice also probably the reason why this game format came to be known as a ‘medal’ play. 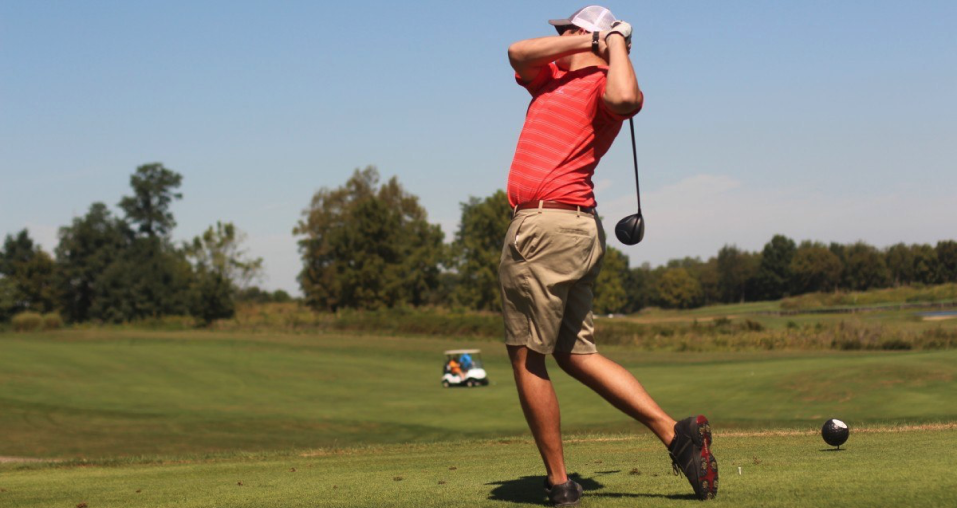 Stableford is another popular stroke play that is commonly played at PGA tours. In this golf format, instead of adding up the total score after a round, points are awarded on each hole for the number of strokes a player takes, after adjusting for any handicaps.

Standard point scoring as specified by the USGA is as follows:

For most professional level golf play, a modified point scoring system is used, which is as followed:

The rather unique format was developed by Dr. Frank B. Stableford (from which it derives its name) back in the late 1890s to encourage players not to give up their round after just a few bad holes. This scoring system also speeds help up the pace of the golf game as players no longer necessarily have to sink their putt before moving on to the next hole. As a result, it has proved to be the preferred format for play at clubs and social golf events. 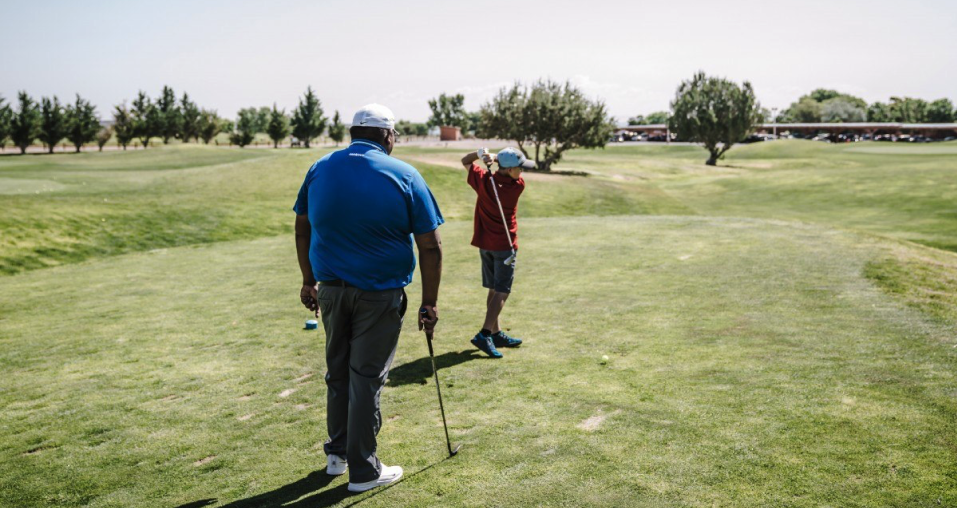 Also known by the name ‘2 ball best ball’, this stroke game format, players are grouped into teams of two, but rather than a foursome match, teams are playing against each other in a whole field.Both members of the team have a go at each hole, and one with the lower score is recorded. At the end of the round, the team with the lowest total count wins the game. This method to score makes the game more receptive to newer players as their mistakes can be covered up by their more experienced teammate.

Better ball is also a common format used in a foursome match play; the only difference is the score of the two teams is subtracted after finishing a hole and the resulting sum is then added to overall points of the winning team. This process continues for each hole, and the team with the most accumulated number of points wins.

What is Albatross, Engle and Birdie in Golf?

These refer to how many strokes under par a player took to secure a hole. A par refers to the number of strokes a scratch (0 handicaps) is expected to take to complete the hole. Thus, if a par for a given hole is 4 and you completed in just 3 strokes, it would be said to be one under par, also referred to as a birdie. Similarly, a two-under-par and three under par is referred to as an eagle and an albatross respectively.

How Are Golf Handicap Scores Calculated?

Handicap is a system that allows the playing field to become more even between golfers of varying ability. Generally, in stroke play, the most common type of handicap is the number of extra strokes that a golfer that won’t be counted towards their final score. For example, a 22 handicapper implies that the golfer gets 22 extra strokes from that round. If their finished score is 122 than their handicap adjusted score would be 72 – 22 = 100.

What Is the Maximum Score Allowed for Handicap Purposes?

To reduce the impact of a bad hole, a cap is put on the maximum score allowed for each hole. In most formal settings, this score is set to a net double bogey (strokes on par of the hole + handicap strokes entitled for the hole + 2 extra strokes).

To illustrate with an example, suppose the par score is 5, and your handicap is 3, the maximum score would be limited to 5+3+2 = 10.

How Many Golfers Can Score Under 80?

According to data, there are roughly 34.2 million Americans who play golf. Of these, the latest National Golf Foundation report estimates that only 5% (1.71 million) of American golfers can clear an 18-hole course in less than 80 strokes. However, more than half could clear the same course in 100 strokes or under, and nearly 90% could clear it in 120 or under.

Golf can be said to the closest game to life that one can imagine. Sometimes you will get bad breaks from good shots and sometimes good breaks from bad ones. Regardless, you have to play the ball where it lies and hope for the best outcome.

If you are looking for ways to improve your golfing experience, try our exclusive golf scorecard app, BEEZER GOLF. Take advantage of a flexible solution to keeping accurate track of your scores, bets, and performances as well as a whole host of other useful features with BEEZER GOLF.